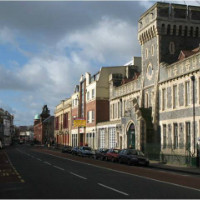 The new flat roof extension replaced an authorised timber deck but extended its depth by approximately 0.5 metres. The single storey extension would have been permitted development but was deemed to be unauthorised due to the existence of the raised decking on top. The Local Planning Authority, Bristol City Council, had received complaints from neighbours.

However, James Stacey, Director, assisted by James Dexter of Dexter Designs was able to demonstrate that by providing new side screens and relocating the steps down into the garden to a central location, as opposed to the edge adjacent to the neighbours, that no undue harm would be caused to the amenity of the neighbours.  The decking and extension were approved under delegated powers.

© Image copyright Chris Heaton and licensed for reuse under this Creative Commons Licence.