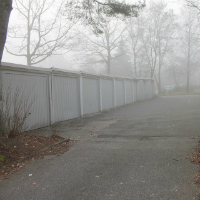 A longstanding client, bdht is the principal provider of affordable housing in Bromsgrove District, having been originally established as a local stock voluntary transfer housing association, taking over all of the Council’s housing stock.

Eleven planning applications were submitted to Bromsgrove District Council, to provide a total of 41 affordable homes. Seven of the 11 applications were approved by the Council. Four were refused by Planning Committee leading to immediate appeals.

Two appeals for separate sites in the villages of Romsley and Alvechurch were approved. The latter also saw a partial award of costs to bdht against the Council. The full set was concluded with the final two appeal decisions issued shortly after. The same Inspector considered two garage sites in the Bromsgrove suburb of Catshill to allow a combined total of nine new homes in a range of sizes, types and affordable tenures. In both cases, the Inspector recognised that no technical or planning policy objections had been raised by the Council’s officers; moreover, the members of the Council’s Planning Committee had not put forward any planning reasons that could be substantiated in refusing the application.

Members’ single refusal reason for both sites, on visual impact and a resultant loss of amenity for the adjoining occupiers, was thoroughly examined in the appeals, which were dealt with under the written representations procedure.

The sites are enclosed by the back gardens of existing homes, many of which are also bdht-owned, with direct access from the garages between the existing properties onto the nearest residential road. The Inspector agreed that the careful design and layout of the schemes ensured that surrounding occupiers’ living conditions would not be harmed and that improvements would be achieved through site remediation and natural surveillance.  The Inspector also agreed that specific separation distances defined in Supplementary Planning Guidance were met.

Securing 11 sites provided bdht with a viable development programme to deliver the 41 affordable homes over the following year. These are much needed in the District, which has one of the worst affordability problems in the West Midlands region and a housing waiting list that has over 1,900 households.