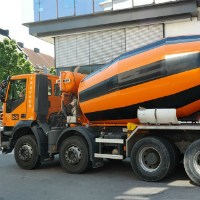 Tetlow King Planning were successful in obtaining planning permission, following an appeal, for a concrete production plant near Calne, North Wiltshire for their clients Hopkins Developments Limited. A Planning Inquiry was held following refusal of the application by North Wiltshire District Council. This success followed on from Tetlow King also obtaining permission earlier at appeal for another concrete production facility in Warmley, South Gloucestershire for another client.

Tetlow King Planning, representing their clients Hopkins Developments Limited of Wincanton, successfully contested the reasons for refusal which consisted of the impact of dust and noise on nearby residential and industrial properties.

Peter Wadsley of St. Johns Chambers, Bristol acted as advocate in the appeal. The issue of dust was argued by Alexander Grant of Smith Grant LLP and noise was addressed by Jeremy Butt of Hoare Lea Acoustics. The Managing Director of Hopkins Developments Limited, Mr. W Hopkins also gave evidence on the operation of the industry. John Sneddon, Managing Director of Tetlow King Planning, gave evidence on planning policy at the appeal and instructed the parties giving evidence.

The Inspector visited the client’s existing concrete plant at Wincanton and this helped to demonstrate the controls and safeguards that exist within the Pollution Control regime and which apply to such facilities. The Planning Inspector was satisfied that this regime, the planning conditions he imposed and the design of the plant would mean that the proposal would not have a detrimental impact on nearby properties.

As in the case at Warmley, this planning approval at Calne followed on from an earlier refusal of permission at appeal. The case at Calne was also the subject of an unsuccessful judicial review of the previous Inspector’s refusal of permission at appeal. However at the most recent Inquiry the applicants were able to present evidence through their experts of the complementary nature of planning and pollution control.

The successful appeal demonstrates that refusal at appeal does not preclude an amended proposal coming forward that can address the reasons in that refusal and which can then go onto be successful. It also illustrates the importance of awareness and knowledge of other control regimes, such as pollution control in this case, that can and do impact on planning proposals.

A copy of the decision can be viewed here.