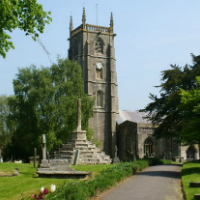 Tetlow King Planning (TKP) working with Arcon Architecture helped secure planning permission for the redevelopment of a brownfield site near the village of Chew Magna in Bath and North East Somerset (B&NES). The site is situated in the countryside and located within the B&NES Green Belt.

The application sought to redevelop the site through the demolition of the extant disused barn into a new dwelling to replicate that of a barn conversion. The new dwelling was to be constructed over the existing building footprint, and be of a similar scale to the existing barn.

Since 2006, the site had experienced a complex planning history which has included two dismissed appeals by a Planning Inspector on behalf of the Secretary of State.

TKP was able to provide ongoing planning advice and prepare a planning justification for the suitability of the scheme within its sensitive Green Belt location.

In addressing whether the scheme was inappropriate development in the Green Belt, the Delegated Report noted that the complete redevelopment of the building over the previously developed footprint, “does not have a greater impact on the openness of the Green Belt than the existing development”, and was therefore in accordance with Paragraph 89 of the National Planning Policy Framework.

Director James Stacey was delighted with the outcome, noting that this was:

“Sensible planning for a site that needed to be improved”.