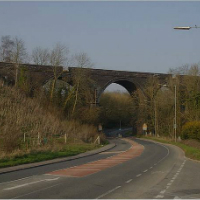 Tetlow King Planning (TKP) secured a Lawful Development Certificate for the retention of a linking extension between a house and a detached garage in Coalpit Heath, South Gloucestershire.  The property was located within a rural area and surrounded by the Green Belt.

The link extension, built in June 2002 was effectively granted planning permission in 2012 following its existence for a period of time exceeding 10 years. The original planning application also required that an existing detached garage was to be demolished within 3 months of the date of the planning approval.  The client for various reasons had left this in place.

TKP were able to demonstrate through the submission of appropriate evidence, including sworn affidavits by the owner and the builder that the structures had been in place for more than 10 years. During that period there had been no complaints or concerns raised by the Council or any other party and as such the Council were able certify the development as lawful.

© Image copyright mattbuck and licensed for reuse under this Creative Commons Licence.