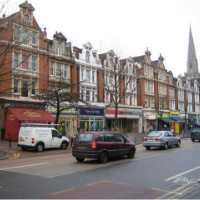 Tetlow King Planning (TKP) successfully secured a Lawful Development Certificate (LDC) for a large single storey extension to a residential property in Ealing, West London, which was initially recommended for refusal as a simple planning application, due to officers considering its size was excessive and detrimental to the character of the detached house.

The house had been previously extended in the 1970s with a substantial two storey extension to the side. The original planning application proposed an extension a little over 4m deep and across the whole width of the house, including the previous extension.

During the determination of the application officers indicated their intention to refuse it on size and design grounds, at which point TKP were appointed to advise. The suggestion that by reducing the depth to under 4m the extension would be Permitted Development had not previously been accepted by officers in the misguided belief that the extension could only extend along the rear of the original dwelling house and not the 1970s’ extension.

As a matter of fact, within the subsequently approved LDC plans, no part of the enlarged dwelling house projected more than 4 metres beyond any part of the rear wall of the original dwelling house. The extension eventually secured under the LDC measured 19.39m wide by 3.94m deep by an eaves height of 2.98m (the maximum permitted eaves height being 3m) and is auspiciously the same as submitted for planning approval but was deemed to be Permitted Development.

© Image copyright Nigel Cox and licensed for reuse under this Creative Commons Licence.