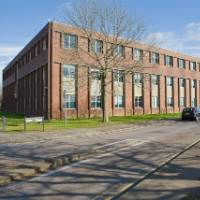 Inspector Simon Emerson reaffirmed the importance of identifying the full objectively assessed housing need and having sufficient flexibility in housing targets by sending the Eastleigh Borough Local Plan back to the drawing board.

Tetlow King Planning’s (TKP) evidence identified some serious shortcomings in the Council’s approach to identifying and planning for need, including a Strategic Housing Market Assessment (SHMA) that underplays the affordability constraints in the Borough. Tetlow King Planning’s appearance at the hearing sessions reinforced those messages, asking the Inspector to consider the need for a significant boost to the housing target, as required by the NPPF.

One of the major criticisms of the Borough’s approach to housing need was its use of turnover in the private rented sector in meeting housing need, an approach contrary to the definition of affordable housing in the NPPF. In his Preliminary Findings, the Inspector commented:

“Secondly, there is no justification in the Framework or Guidance for reducing the identified need for affordable housing by the assumed continued role of the PRS with LHA. This category of housing does not come within the definition of affordable housing in the Framework.  There is not the same security of tenure as with affordable housing and at the lower-priced end of the PRS the standard of accommodation may well be poor (see for example: Can’t complain: why poor conditions prevail in the private rented sector, Shelter March 2014, provided by Tetlow King on behalf of Landhold Capitol).”

The Inspector’s recommendations fully endorse TKP’s arguments both at examination and appeal that the private rented sector is a wholly inadequate and unsatisfactory method of meeting affordable housing need that also fails to meet the principles of the NPPF and PPG.

© Image copyright Peter Facey and licensed for reuse under this Creative Commons Licence.