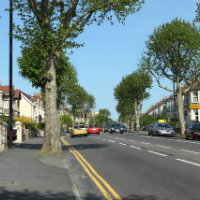 Tetlow King Planning secured permission for a change of use of retail premises in Fishponds to a cafe in A3 Use Class at appeal. This proposal had already been given planning permission on appeal but this had never been implemented, mainly due to the economic situation at the time, which made the decision of the Council to refuse planning permission very peculiar. The main issue was the effect of the proposed change of use on the vitality and viability of the primary frontage within the Fishponds shopping centre just as it was in the previously approved appeal. The most relevant policy remained one from the 1997 Local Plan.  The Council calculated and asserted that just 36% of the nearby primary shopping frontage would remain in retail use if the appeal was allowed.

However, assessments undertaken by Tetlow King Planning indicated a very different calculation. The Inspector ultimately reached a judgement having regard to the overall character and vitality of the centre as a whole, as we had argued.  She also accepted our point that no other planning appeals in the area had relied on percentages in the way the Council had argued.

Our surveys indicated that the primary shopping area had few A3 uses and that such uses were beneficial to shopping areas. The Council made a strange argument that the use might not open during the day even though day time openings hours were indicated on the application form.

The Inspector dismissed this argument and went on to award costs against the Council. She found that the Council had failed to meet the requirement of producing evidence to show clearly why the development could not be permitted. A further issue was the failure to consider the complementary nature of the proposed development in terms of a town centre use and to weigh this against the perceived disadvantages.

© Image copyright Maurice Pullin and licensed for reuse under this Creative Commons Licence.