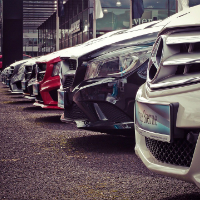 Tetlow King Planning (TKP) were successful in obtaining permission at appeal for a car dealership in Gillingham, North Dorset on behalf of their client the landowner.

The Planning Authority had refused permission for the car dealership proposed on part of larger and as yet undeveloped allocated employment site reserved for B1, B2 and B8 employment uses in the adopted Local Plan. The Council had argued that the allocated site should be retained purely for those uses and to allow part of the larger site to be used for this “sui generis” use, containing a retail element, would be a piecemeal erosion of the purpose of the wider plan allocation and the strategy of the plan.

TKP successfully argued that there were no other available sites within the town after conducting a sequential search for alternatives. The employment issue was addressed by giving estimates of the possible employment figures of different types of uses and comparing these to the proposed car dealership.

“The proposal would….embrace an employment dimension. Accordingly, I would not consider it a piecemeal proposal as the Council asserts; and it would certainly provide jobs for the community….I am satisfied that the appellant company has explored other sites in the town and found them unsatisfactory”.

He went onto allow the appeal as an exception to the Local Plan.