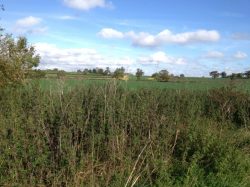 Most of the input was provided by Robin Tetlow, Chairman.

TKP were involved from an early stage in helping; to establish the overall purpose and objectives of the Partnership; to address responses to the initial consultation with RPs and developers; and to establish clear assessment criteria, in particular addressing the ability of RPs to assist in the delivery of new development and to facilitate the evolution of sustainable communities over the longer term.

The process was advertised nationally in Inside Housing.  RPs expressing an interest were provided with clear information and a pro-forma structure for their applications, allowing the demonstration of the performance of expected standards and clear comparison with their peers.

Eleven RPs were eventually invited to attend for interview.  Robin Tetlow chaired the interviews at which each of the local authorities was represented on the panel.  Each RP was asked to provide a presentation following which there were extensive opportunities for questions on either side.

Robin Tetlow provided independent input into the final selection process, following which 10 RPs were ultimately deemed to have met the requisite performance standards and were therefore invited to join the Partnership.