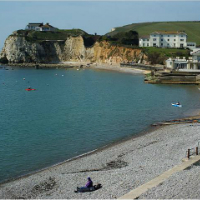 Strategic planning and housing consultancy advice by Tetlow King Planning in the 1990s has come to fruition in the form of the Pan urban extension to the south of Newport.

Part of our brief on behalf of Medina Housing Association was to make representations advocating the inclusion of a 20 hectare site at Pan, Newport as an urban extension in the emerging Unitary Development Plan. Following our representations to the Second Deposit Local Plan, the site was allocated by the Council. Following the public Inquiry, this allocation was endorsed by the Inspector and included in the adopted Unitary Development Plan.

After the preparation of Supplementary Planning Guidance and an extensive period of consultation and detailed masterplanning, an application for 846 residential units plus a 10 hectare county park was approved. 35% of the development will be affordable housing and completion is anticipated in 2025.

Chairman Robin Tetlow who was directly involved in the strategic and promotional work commented:

“Although we have had limited input in the formulation of the detailed proposals which have subsequently emerged, it is satisfying that our original concept has ultimately come to be implemented. It illustrates both the value of effective strategic planning and the very long lead in times required for the delivery of major development projects”.

© Image copyright Peter Trimming and licensed for reuse under this Creative Commons Licence.