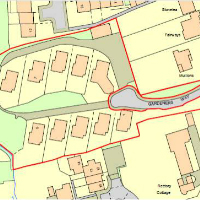 Tetlow King Planning (TKP) were successful in the removal of a Section 106 Agreement which restricted the occupation of 10 bungalows in King Stanley, Gloucestershire.

The original application for the 10 bungalows, approved in 1991 had a S106 obligation which restricted the use of the bungalows to:

(ii) persons under 60 years of age who have retired from the occupation of gardener because of incapacity caused by injury illness or infirmity;

(iii) cohabiting or surviving partners (regardless of age) of the above persons;

(iv) members of the households of the above persons; and

(v) one warden appointed from time to time.

However due to difficulties in letting the bungalows five were now unoccupied and falling into disrepair.

TKP successfully argued that the S106 no longer served a useful purpose under the requirements of the Town and Country Planning Act 1990. Detailed reasons were set out why the restrictions are no longer fit for purpose and affected the ability of the Charity to meet the needs of all its clients.

The Council accepted the arguments made by TKP and issued a deed of release, removing the S106 obligation.