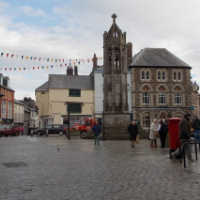 Tetlow King Planning (TKP) have been involved with a major planning appeal success for 100 homes at Launceston, Cornwall.

The application was originally recommended for permission by officers at Cornwall Council. However the application was refused by Members for its impact on the local highway network in close proximity to a primary school and due to the Council considering that it had a sufficient supply of housing land to meet a five year requirement both across Cornwall and for the town of Launceston.

TKP were able to convince the Inspector that:

© Image copyright Chris Downer and licensed for reuse under this Creative Commons Licence.