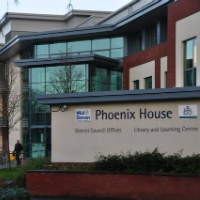 The Council had proposed to levy a charge of £90 per square metre for all new residential development. TKP objected on behalf of the Consortium because the viability assessment carried out by the Council to justify this charge had assumed the negotiation of only 22.5% affordable housing rather than the 35% target included in the Council’s recently adopted Core Strategy.

TKP gave evidence to the Public Examination which resulted in the Inspector asking the Council to revise its viability assessment to reflect its actual Core Strategy affordable housing policy.  Ultimately, he recommended that the Council replace the proposed £90 per square metre charge with a £40 per square metre charge, to reflect the additional burden to developers arising from the proper implementation of the 35% affordable housing policy.

The Inspector’s recommendation in this case received widespread publicity in the national planning and housing press.  It is widely agreed amongst planning experts that this decision set an important wider precedent in ensuring that local plan affordable housing policy targets are not unduly compromised by the subsequent imposition of CIL charges.