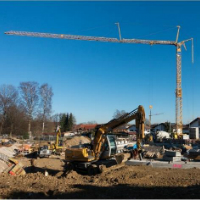 Tetlow King Planning (TKP) were successful in obtaining consent for the demolition of existing flats at Lawrence Close and Dog Lane and the erection of eight 2-bed and two 3-bed terraced and semi-detached homes for our client Orbit Homes.

It was demonstrated by TKP that demand for the existing flats was low and that redevelopment would provide a much greater quality of accommodation together with an additional two dwellings suitable for families. A strong case was made for the economic, social and environmental benefits of the proposed development as a result of which the officer recommended approval and acknowledged in their report that with reference to the affordable housing provided by the scheme that: