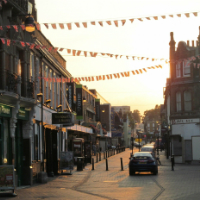 Tetlow King Planning (TKP) acted on behalf of a residents group (New Barn Residents Action Group) to successfully oppose a proposed development for the provision of gypsy pitches in the countryside on the edge of New Barn, Dartford.

TKP were originally instructed to object to the planning application and appeared at the subsequent planning committee to put forward the specifics of the case to elected members. The application was refused on the night in accordance with the planning officer’s recommendation. An appeal was duly submitted to be dealt with by Public Inquiry.

TKP made the case on behalf of the residents group for Rule 6 party status to ensure an active part in the ensuing proceedings, which was accepted by the Planning Inspectorate. Following the submission of the initial Statement of Case the Council subsequently adopted several of the planning concerns raised by TKP and encapsulated them within their own evidence, which was fully presented in evidence at the Inquiry by Iain Warner, Associate Director.

The Inspector dismissed the appeal on the basis of the harm to the Green Belt arising from the inappropriate development and also due to the harm to the character and appearance of the countryside. This was despite the recognition of an acknowledged need for additional pitches and the realistic prospect that at least part of any future provision was likely to be on sites within the Green Belt. The personal circumstances set out within the case by the appellant and his wider family were also considered insufficient to warrant any form of temporary or personal consent.

Jack Smyth of No.5 Chambers acted as advocate for the New Barn Residents Action Group/TKP. A copy of the appeal can be viewed here.