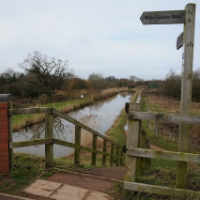 Tetlow King Planning (TKP) is pleased to have been associated with a major planning appeal success by David Wilson Homes (Mercia) Ltd at Offenham, near Evesham, Worcestershire.

Wychavon District Council had refused planning permission for the proposal for 50 dwellings based on the site not being identified in the Local Plan and falling outside the settlement boundary, the existence of an adequate five year land supply, the sustainability of the location of the site and the effects of the development on the character of the area.

Based on Robin Tetlow’s evidence the Inspector was able to conclude:

© Image copyright Philip Halling and licensed for reuse under this Creative Commons Licence.