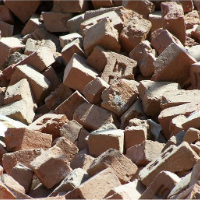 The original planning application was refused by the local planning authority on the basis of three reasons relating to inappropriate development in the countryside; lack of information regarding potential contamination and insufficient information regarding potential ecological impacts. TKP managed to ensure that through the early instruction of consultants the contamination and ecology grounds of refusal were dropped and formed matters of agreement within the Statement of Common Ground.

TKP were able to demonstrate during the subsequent inquiry that the Council had a considerable housing supply deficit with evidence on housing delivery unchallenged in evidence. Although housing delivery was not a crucial indicator, it was also demonstrated that the Council were a persistent poor deliverer of housing having met their targets only three times out of the last 23 years.

Affordable housing evidence was also presented at the appeal to demonstrate that the Council were failing to meet their requirements. The Inspector concluded on this matter that “the provision of affordable housing is a significant benefit to be weighed in the balance” and ultimately she attached significant weight to those benefits.

TKP were also able to demonstrate that the Council had no evidence to justify the development contributions that it had sought, and which the appellant had previously agreed to pay when the planning application was being considered.

The Inspector agreed with TKP that many of the contributions sought failed to meet the tests set out in Regulation 122 of the Community Infrastructure Levy Regulations (2010) and subsequently agreed that they should not be included within the agreed Unilateral Undertaking. The outcome of this was a cost saving to the client of more than £134,000.