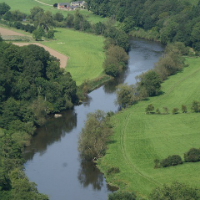 The application was recommended for permission by officers at Forest of Dean Council and included within the emerging draft Site Allocations DPD following a resolution by full Council. However the application was refused by Members and removed from the emerging draft Site Allocations DPD due to the Council considering it would have a detrimental landscape impact as well as considering that it had a sufficient supply of land to meet a five year requirement across the district.

At the inquiry Tetlow King Planning convinced the Inspector that: