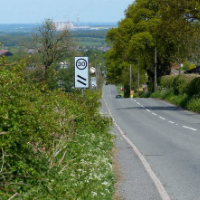 Tetlow King Planning (TKP) played a key role in the successful appeal against the refusal of planning permission for 77 dwellings in Shepshed. James Stacey, Director, provided expert affordable housing evidence at the Section 78 Inquiry where the Inspector identified the weight to be attached to the provision of affordable housing as one of the three main issues in the case.

Furthermore the Inspector considered that “there is no dispute that the provision of 30% affordable housing would be beneficial” and noted that the percentage provision is above policy requirements and as such “although the increase is small it adds to the weight to be attached in this regard, which is already significant”.

© Image copyright Mat Fascione and licensed for reuse under this Creative Commons Licence.