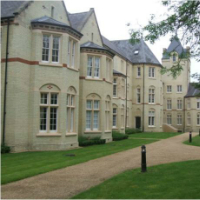 The project encompassed the transformation of a former hospital site to create 1,200 homes. The input of TKP was in the early stages in preparing the Development Brief, Masterplan and Design Code on behalf of Mid-Bedfordshire District Council (now Central Bedfordshire Council).

The ultimate scheme was developed by a range of house builders including Persimmon Homes, Twigden Homes, Stamford Homes, Taylor Wimpey and Bovis Homes.

CABE cited the scheme as “a high quality development which benefits from a coherent masterplan” and referred to a “record” having been achieved as this is “the largest multi-developer scheme ever to qualify and achieve Gold”.

TKP were also involved as planning consultants on a further Silver Award scheme.  This was in relation to a 69 dwelling scheme for Knightstone Housing Association at Ducrow Court, St Pauls, Bristol; this time in conjunction with GCP Architects and Leadbitter Construction.