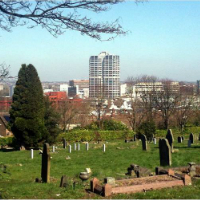 Tetlow King Planning was successful in an appeal on behalf of Jephson Homes Housing Association for 48 dwellings at Swindon.

The principal issues in dispute were car parking, density and the range and level of infrastructure contributions.

As regards car parking, negotiations had taken place with Swindon Borough Council prior to the hearing. A revised plan showing an increase in the number from 92 and 99 had been agreed and consulted upon. This enabled the Inspector to accept the revised scheme as overcoming this ground of refusal.

The Inspector ultimately concluded that the development overall would not appear duly cramped, would create a satisfactory visual environment with reasonably distinctive character and would create satisfactory living conditions; all in accordance with most of the requirements of the Local Plan.

As regards Section 106 contributions, in addition to the provision of 30% affordable housing in accordance with the Local Plan, which the Inspector weighed as a benefit in his overall decision, the Council had originally sought other financial contributions adding up to a total of £400,000 encompassing a whole range of matters including education, social services, culture and leisure, community safety, community forest, health, waste management, fire and rescue, central area public realm and off site public open space.

Ultimately, agreement was reached with the Council prior to the hearing to make a total financial contribution of £38,651 in relation to off-site public open space only.  The earlier request for the other contributions was disputed on the basis of both viability and regulatory requirements.  The Inspector accepted the submitted Section 106 Agreement as fair and reasonable, especially in the light of the submitted financial information.

Jonathan Adams, Director, fronted the negotiations with the Council and appeared at the hearing. Entran Ltd assisted regarding car parking and other highway matters.

© Image copyright Rydtix and licensed for reuse under this Creative Commons Licence.