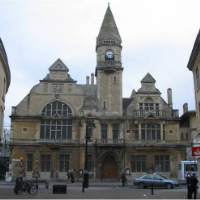 The allowed scheme was for four dwellings with associated access and parking in Westwood. Wiltshire Council officers recommended Planning Committee to grant permission but Members refused it on the grounds of impact on neighbouring properties, character and appearance of the area and loss of open space. The appeal focussed on these issues with the Inspector, Joanne Jones, agreeing with Tetlow King Planning that the proposals are:

“Modest in appearance…and would be seen as part of the cluster and continuation of the surrounding dwellings”.

The loss of open space was an issue that the local community and Westwood Parish Council rigorously fought through the submission of a petition at application stage which ultimately led to its refusal at Planning Committee. The Inspector noted the strength of feeling but agreed with us that the recent assessment of recreational and leisure space in Wiltshire did not highlight the site as being of significant importance. She added that there was no evidence of a lack of open space within the village and attached significant weight to our evidence that the site is in private ownership and whilst access is not currently restricted, it could be fenced off.

TKP recommended the client to commission a daylight and sunlight assessment to rebut the Council’s refusal reason relating to impact on neighbouring properties. This was carried out and persuaded the Inspector that the proposal would not:

“Detract from the amenities enjoyed by, or cause nuisance to, neighbouring properties and uses”.

“There is strong local feeling about this proposal…I recognise that this decision will be disappointing for local residents and I am mindful in this regard of the Government’s localism agenda. However, even under localism, the views of local residents, very important though they are, must be balanced against other considerations. The starting point in this case is the development plan…I have taken full and careful account of all the representations…which I have balanced against the development plan and Framework and on balance the evidence in this case has led me to conclude that the appeal should be allowed.”

TKP also submitted an application for costs against the unreasonable behaviour of the Council. The Inspector agreed allowed our claim and awarded partial costs to the appellant. The basis for the application for costs was that the Council had failed to take account of the Officer’s advice and recommendation for approval and this refusal led to the need for a daylight and sunlight assessment. The Inspector agreed that the Council had “not sufficiently justified its second reason for refusal” in relation to overshadowing and impact on privacy stating “I find that the Council acted unreasonably…resulting in unnecessary or wasted expense”.

© Image copyright Phil Williams and licensed for reuse under this Creative Commons Licence.