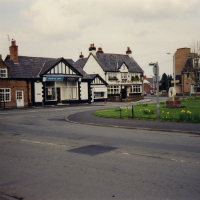 Tetlow King Planning (TKP) provided written evidence in relation to affordable housing to the Section 78 appeal against the refusal of permission for up to 170 dwellings by Cheshire East Council at a site in Willaston, Cheshire. The scheme proposed 30% provision, equivalent to 44 affordable dwellings.

The evidence submitted to the inquiry by TKP was undisputed by the Council with the inspector convinced that “in recent years there has been an under delivery of affordable housing in the district and particularly in this area against identified need, leading to a significant shortfall.”

The detailed affordable housing evidence provided by TKP resulted in the Inspector concluding that:

“The proposed [affordable housing] provision would make a significant contribution to meeting the need in the Crewe sub area”.

© Image copyright Rept0n1x and licensed for reuse under this Creative Commons Licence.