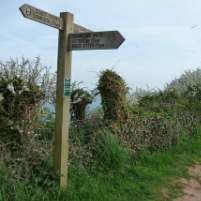 Tetlow King Planning (TKP) worked successfully with leading Registered Provider, the DCH Group, and RPS Architects to secure a resolution to grant planning permission for 34 dwellings at Woodbury, East Devon on an unallocated greenfield site on the edge of the village. The scheme comprised a 50:50 split of 17 affordable homes supported by 17 open market houses. The 50% affordable housing offer was above the 40% target normally sought by the Council on new housing sites.

TKP first advised DCH on taking out an option to purchase the land back in 2010 and initially helped DCH to promote the site through the East Devon Strategic Housing Land Availability Assessment and then the emerging East Devon Local Plan, as an extension to the village of Woodbury; which the Council had already identified as being one of the more sustainable rural settlements in the District, with a wide range of existing services. Progress on the Local Plan stalled. Furthermore it became apparent that there was an opportunity to assist the Council more immediately in addressing a shortfall against its total five year housing supply requirement in the light of the latest government policy set out in the NPPF (March 2012); plus an ever escalating need for affordable housing across the District.

Following extensive consultation with planning and housing officers (three pre-application meetings were held) and with the local community, which revealed a significant degree of support. A planning application was submitted in November 2012. The scheme was recommended for approval by officers at the Planning Committee in May 2013 and eventually supported by Councillors. The resolution to approve was despite opposition from, in particular, the Parish Council, which had sought to establish a Neighbourhood Plan Forum with the expressed aim of finding alternative sites.

James Stacey, Director, led TKP’s involvement and assisted with the finalisation of the S106 Agreement.