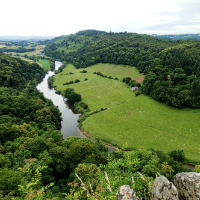 Herefordshire Council refused the application on the basis of lack of sufficient visibility splay onto the main road and the impact of the scheme on the Woolhope Conservation Area.

The highways officer considered that the visibility splay from the car park of the existing affordable housing was insufficient to cater for the addition of six proposed dwellings to the rear. Through provision of a highways statement (by Laurence Rae Associates) Tetlow King Planning were able to successfully demonstrate that the visibility splay was sufficient, safe and acceptable. The Inspector agreed that the entrance road has been safely used to serve the existing housing and the levels of traffic generated from the appeal proposal would not negatively impact upon the safety of the entrance onto the main road.
Through the appeal Tetlow King were able to prove the housing need within the village and Herefordshire as a whole, which justified the provision of the exceptions scheme. Furthermore, Herefordshire Council had no Conservation Area Statement for Woolhope and the Inspector based his consideration of the Conservation Area on his site visit to Woolhope. He agreed that the village has a mix of dwellings with varied layout and form and therefore the appeal proposal’s layout and design would not harm the Conservation Area.  The Inspector did conclude that overall the scheme would have a negative impact upon the Conservation Area and the Historic Park; nevertheless, this limited harm was outweighed by the need for affordable housing within the village.

A further issue of Great Crested Newts was raised during the course of the appeal and although a habitat and protected species survey had been carried out it did not cover the neighbour’s garden in which the newts were to be found. Once again the Inspector considered that the need for the affordable housing was overriding; and that a condition should be applied to state that a survey and scheme of mitigation should be produced.

The Inspector upheld the submitted Unilateral Undertaking guaranteeing the arrangements for the continued occupation of the dwellings as affordable housing in perpetuity. The appeal was allowed and can be viewed here.