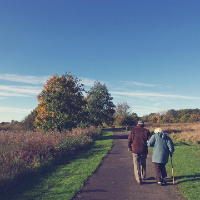 Tetlow King Planning (TKP) assisted their client Greystone (UK) Limited in obtaining outline planning permission, following a planning appeal heard at public inquiry, following the refusal of an application by Cheshire East Council. The planning application concerned a care village designed for the elderly consisting of a 58 bed room care home and 62 close care cottages; 15 of which are to be shared ownership affordable dwellings.  Paul Tucker QC of Kings Chambers, Manchester acted as the advocate for the appellants.

TKP were not involved in the original planning application which had been ably submitted by Graham Stock of Deloitte (Manchester office), supported by reports from various other consultants. We were invited to give evidence on behalf of the appellants due to our specialist knowledge and experience in the care sector.

John Sneddon, Managing Director, appeared as an expert witness in the three day Public Inquiry in support of the case for the approval of the planning application; addressing issues on need, the type of use proposed and the benefits of the additional high quality provision.

The application had originally been recommended for approval by officers of the Council but the Councillors had subsequently refused permission against this advice. The main issues in the appeal were whether the resulting material benefits the proposals would be sufficient to justify a departure from the development plan. The Council had refused permission on the basis that the site was not demonstrably the most appropriate for a care village and that the need was not robust enough to justify a departure from a policy in the Macclesfield Local Plan and from the NPPF, each of which seek to protect safeguarded land in the absence of a compelling need to develop.

The appeal was challenging due to, the not uncommon situation, of not having a detailed and considered professional Committee report from the planning authority explaining why the application should be refused. Instead there was a report saying why the application should be approved and then two short sentences in the refusal reason saying why it was unacceptable. Also as normal the Inspector was required to look at all issues, including those raised by third party objectors, not simply those contained in the refusal reason.

It emerged during the production of evidence that the Council had no objection to the close care units, only the care home element. The evidence of the need for the close care dwellings was overwhelming but the Council had concerns that there was an oversupply of care home beds in the area. Issues were raised over the change in government policy to more independent less institutional forms of care – extra/close care units and existing home care thus raising the question were more care home beds actually needed? The planning authority asserted that care home beds had the potential to increase their costs in the social care of the elderly because people’s funds erode more quickly in such homes and also that it might attract more elderly people into the area.

We were able to demonstrate the need for care home beds, assisted by Arc4 of Cheshire, who had produced a compelling study submitted with the application. We articulated the benefits that the care village would bring to the local ageing population.  We demonstrated through various sources and studies that the movement to more independent types of care did not equate to a need fewer care home beds in the future. We demonstrated that the reality is that the rise in the elderly population is so great that we need more specialist care developments of all types to address the issue, including care homes.

We also able demonstrated that to not build new care homes would lead to stagnation and the failure to provide improved accommodation that met the highest standard in terms of space and facilities.  We explained the relationship between care home beds and hospital beds, as well as refuting the assertion that there were numerous vacant care homes beds in the area.

We drew attention to the figures on the ageing population in Cheshire East, one of the largest Council areas in England, being dramatically higher than for almost anywhere else in the country. The Council’s own draft strategy on elderly accommodation states that the demand for care home places in Cheshire East could almost double by 2030.

The Council argued that the close care dwellings and the care home could be separated onto smaller sites thus allowing them to raise questions on the robust sequential search carried out by Deloitte that showing there was no other site available to provide for this overall use.

Using our national care experience, we showed that the care home was an integral part of this care village use and separating it from the close care units would not be as beneficial to the functioning of the use or the wider community. It was fundamentally important and beneficial that this site was allowed to fully provide for the journey from independent living in specialised accommodation through to high level care in a care home.

The appeal decision is one that confirms important matters of relevance to many other care developments throughout the country: that the change in social policy to greater care within people’s existing homes does not mean that we no longer need new specialised care developments; that there are significant benefits from combining close/extra care units with a care home in a single location;  that the proposals would be likely to facilitate the release of previously occupied housing onto the market; and that the financial concerns of the Council on increased social care budgets were not material.

The appeal was allowed and can be viewed here