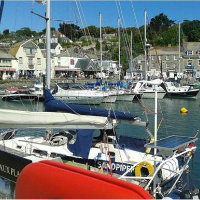 Tetlow King Planning (TKP) obtained planning permission for 67 dwellings on the edge of Padstow in Cornwall on behalf of Poltair Homes Ltd in a landmark appeal decision of regional and national significance.

The application was refused solely on the basis of housing land supply considerations, with the Council indicating that it could demonstrate a 13.1 year land supply in the former North Cornwall district and therefore no more housing was required in that part of Cornwall.  However the Council had made this assessment assuming the immediate revocation of regional strategies and so had relied entirely on the policies in the Cornwall Structure Plan adopted in 2004 rather than the policies in the South West Regional Spatial Strategy (RSS) incorporating the Secretary of State’s Modifications dated 2008. Furthermore the Council had chosen to completely overlook not only the evidence base underpinning the RSS but also the even more recent Strategic Housing Market Assessment for the Northern Peninsula of December 2008.

At the public inquiry resulting from the appeal James Stacey, Director, appeared as the expert witness for Poltair Homes, demonstrating that the reasons for refusal were based on policy which was out of date, in light of the more up to date, publicly examined housing targets in the draft RSS.  The Inspector agreed with Tetlow King’s evidence, acknowledging that the housing targets in the Structure Plan adopted in 2004 were actually based on government household projections dating from 1996.  The Inspector also agreed that government advice is unequivocal with regard to taking an evidence based approach to assess the appropriate level of housing.  He further acknowledged that local evidence of affordable housing need and the fact that the scheme would result in an additional 23 affordable homes was material.

The Inspector concluded that The Council’s reliance on figures prepared for the Structure Plan, based on data some 8 years older than that available to the RSS panel, was untenable. The Inspector went on to conclude that as the South West RSS was based on “much more recent data and research”, he could “give very little weight to the intended abolition of the RSS”.

Whilst the Inspector took into account that the proposed development was outside the settlement boundary and for that reason was contrary to the Development Plan, decisive in the overall balance was that the Council’s position on the availability of a 5 year land supply was “unsupportable”. The appeal was therefore allowed and can be viewed here.

Christopher Young of No.5 Chambers, Birmingham and Bristol, acted as advocate.

© Image copyright Val Pollard and licensed for reuse under this Creative Commons Licence.